“Progress should have stopped when man invented the bicycle.”

“Every time I see an adult on a bicycle, I no longer despair for the future of the human race.”

The bicycle is the most energy efficient form of transport. It is considered to be one of the most effective designs ever created and a near perfect machine.

The bicycle has a number of technologies that make it such a marvel:

As a design the bicycle is a perfect expression of the machine aesthetic and perhaps the best proof of the form-follows-function argument. In 1910, the designer Joseph August Lux declared that “a bicycle is beautiful” because it was an explicit diagram of forces.

Because the bicycle was liberating, it acquired a reputation for being socially rebellious and when it was first produced many conservative commentators derided cyclists. In spite of this initial criticism cycling quickly moved from being just a rebellious pursuit for the gentility to being an egalitarian form of transport and recreation.

Whilst the essential design of the bicycle had changed little since the Penny Farthing design was superseded by the more stable ‘Rover’ design of John Starley there is also compelling evidence of restless human ingenuity with many advances in materials and technology that make bicycles lighter, stronger, faster, safer, more reliable and more comfortable.

The bicycle remains fascinating and desirable to this day. The innate desire of people to self-propel themselves meets the crucial need to reduce fossil fuel use and limit greenhouse gas emissions.

As a design for sustainability and well-being, the bicycle has these features: 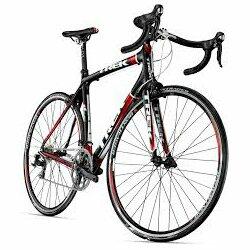