The internet, bookshops and libraries abound with information about diets and nutrition. It is no wonder that many people are bewildered by the competing ideas and ‘science’ behind all this advice.

It is the diets served up by the modern food industry that contributes to many so-called lifestyle diseases – obesity, diabetes, heart disease, stroke and certain cancers. And it is the same industry, or the same thinking, that is offering much of the nutritional advice. It is time to invoke Einstein’s precaution, “The significant problems we face cannot be solved at the same level of thinking we were at when we created them”.

There are many factors that affect our choices of food, like cost, availability and cultural mores; but confusion should no be one of them. The following guide will help you make healthy, sustainable choices.

Michael Pollan, the author of In Defence of Food and The Omnivores Dilemma, summed up the wisest diet with the epigram: Eat food, mostly plants, not too much. The following advice is adapted from his Time Magazine article “Six Rules for Eating Wisely”, in particular, and also from his books.

As Pollan says: “Don’t eat anything your great-great-grandmother wouldn’t recognise as food”. In modern economies there are many foods that are manufactured, not grown. Steer away from processed food because most of it is not really food. It was science that told us margarine made from trans-fats is better for us than butter made from cow’s milk. Science was so wrong. Consider that the healthiest foods in the supermarket – the fresh produce – are the ones that don’t make the same sort of health claims that typically festoon the packages of many highly processed foods.

Many people baulk at the cost of good quality food. However, cheap and nasty manufactured food makes people fat and sick. It’s also bad for the environment. Cheap food is only cheap because it does not factor in the external costs that are created when people and planet are unhealthy. The higher the quality of the food you eat, the more nutritious it is, and the less of it you’ll need to feel satisfied.

High-fructose corn syrup, as well as other types of processed sugars, added to processed foods are extremely bad for your health. Simple sugars play havoc with your insulin levels as well as being a major cause of inflammation. They are in many processed foods including cereals, soft drinks, tomato sauce/ketchup, baked goods, ready meals, soups and salad dressings. What chef uses high-fructose corn syrup? Not one. It’s only found in the pantry of food scientists, and you don’t want them cooking your meals.

Ideally you can grow your own, or at least some of it. The next best option is to shop at the farmers market. If you do, you will eat foods in season, when they are at the peak of their nutritional value and flavour, and you’ll cook, because you won’t find anything processed or ready-made. You’ll also be supporting farmers in your community, helping defend the countryside from sprawl and saving fuel by eating food produced nearby. Also, there is a lot more going on at the farmers’ market than the exchange of money for food.

There are so many different diets and it’s confusing. However the huge majority of them centre around the one best piece of advice, eat mostly plants. The modern food pyramid is probably the best know guide. It is true that some plants are better than others and working out which is which can be confusing too. The largest proportion should be a variety of fresh fruit and vegetables, then add some wholegrains (rice, bread) and legumes (beans and peas) and flavour with herbs and spices. Eat meat and animal products in much lower quantities – and when doing so choose sustainable options i.e. organic and free-range.

6. How you eat is as important as what you eat.

There are many thousands of free recipes on the internet. Many of them are quick, easy and delicious. Having said that, cooking something that is slow and difficult offers a level of deliciousness over and above the ingredients, or the tools, or the technique. There is much more satisfaction in cooking a meal (or doing most other things) if we are not in a hurry, and if we do it with love.

Focus on the whole eating experience. People are often in too much of a rush, heating up ready meals and wolfing them down. The healthiest way to eat is to follow the traditional rules: eat moderate portions, don’t go for seconds or snacks between meals and it is best to stop eating when you aren’t quite full. Also avoid eating alone and/or in front of the TV and eat with pleasure, because eating with anxiety leads to poor digestion and bingeing. 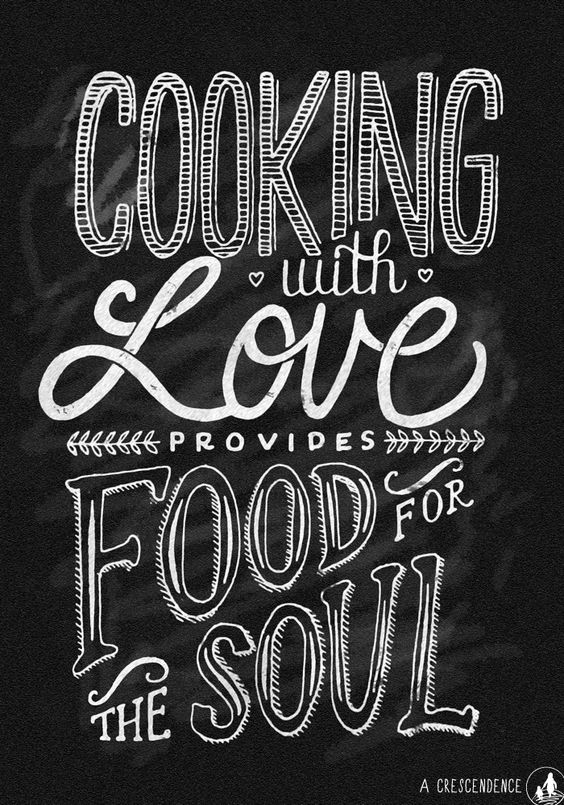