“A low-energy policy allows for a wide choice of life-styles and cultures. If, on the other hand, a society opts for high energy consumption, its social relations must be dictated by technocracy and will be equally degrading whether labeled capitalist or socialist.”

A Solar Economy is a non-carbon economy.

There a number reasons why the global economy exploded in size since the beginning of the industrial revolution but the fundamental driving force behind all those reasons has been the use of abundant and cheap fossil fuels for energy. Initially, coal energised the steam engines of the first wave of industrial growth. When the internal combustion engine was invented petroleum products and natural gas could be used, bringing about the massive growth in the global economy.

However, there are two well-known issues with using fossil fuels as an energy source:

It is well-accepted that the burning of fossil fuels has increased the amount of CO2 in the atmosphere to unprecedented levels. This, in turn, has created a greenhouse effect leading to climate change. Climate change is a threat to all of humanity and indeed the whole biosphere.

Peak oil and the future of energy

Fossil fuels are a finite resource. At some point in the future, they will run out. Nobody knows for sure when but many experts think that we have already past peak oil extraction. As oil reserves deplete and production declines the price of oil and natural gas will increase. This means that the age of cheap energy is over. This will have a dampening effect on the economy. Transport, in particular, will become much more expensive and communities will need to adapt by becoming much more self-sufficient.

In addition to the two obvious problems outlined above, there is also the fact that cheap energy has enabled the mass production and distribution of most goods. As fossil fuel use declines goods and services will become more expensive. This fact is considered by many people to be a good thing because it will lead to less, more local production and consumption which will be much more sustainable.

A Transition town is one grassroots initiative that is intended to build self-sufficiency and resilience in the community in response to peak oil, climate change, and economic flux through various means. The transition town movement is driven by the idea that a life without oil could be far more enjoyable and fulfilling than the present. It can be seen not as a threat but as an opportunity to design a low carbon society to be thriving, resilient and co-operative — which will be much better to live in than our current consumer societies based on rivalry, greed and the dream of endless growth.

All truly renewable energy sources are ultimately created by the sun, either directly or indirectly. This is obviously true for solar power generation, solar hot water and solar ovens. Passive solar heat gain in houses and buildings also mitigates the need for active heating. Other renewables such as wind, hydro and marine power are reliant on prevailing weather patterns which are affected by the sun.

The sun energises the biosphere. Photosynthesis, the chemical process plants use to convert carbon dioxide and water into carbohydrate molecules, is activated by sunlight.

The biosphere provides all of our food and a large proportion of our clothing, bedding and furnishings. Depending where you are in the world biosphere resources are also used for construction and some manufactured products. Various types of biomass, particularly wood, are used as fuels. 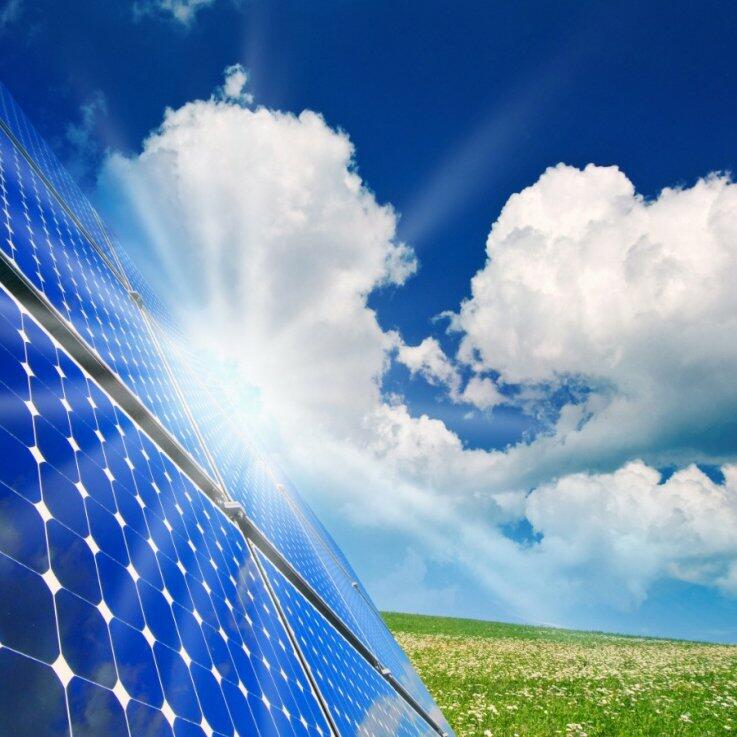