Human activity has affected the quality and quantity of natural resources available to life on earth including:

All of these things deplete or degrade the earth’s natural resources. It is estimated that humanities’ ecological footprint (a measure of consumption) is one and a half times the earth’s capacity to sustainably provide the resources to meet that demand. The shortfall between the supply of resources and the demand for them is being met through the depletion (or degradation) of natural capital – things like fresh water, soil, forest land, wetlands and biodiversity.

Water is critical to all life. Too little clean water can have enormous negative impacts. Water quality and conservation are acute issues that must be addressed.

Water pollution is caused by a change in it’s composition due to human activity. The three major sources of water pollution are municipal, industrial and agricultural.

The hydrological cycle is the cycle where water evaporates from the sea and is precipitated on land – rain, hail and snow – and is stored in the ground as groundwater (which is ultimately discharged into waterways) or if it cannot be absorbed it returns to the sea through run-off.

Much of the pollution discharged – deliberately or accidentally – onto the land or directly into waterways will ultimately finds it’s way to the sea where it will affect marine ecosystems.

All discharges if they can’t be stopped must be treated or otherwise managed properly.

Fossil fuels are by far the largest source of energy in modern economies – coal and gas for electricity generation; and petrol, diesel and kerosene-type fuels for land, sea and air transport.

Unfortunately, we are not reducing our dependence on coal. In fact, coal emissions are set to increase hugely because of a tidal wave of new coal-fired power plants in the pipeline. In November 2012 World Resources Institute reported that 1,199 new coal-fired plants with a total installed capacity of 1,401,268 megawatts (MW) are being proposed globally. If all of these projects are built, it would add new coal power capacity that is almost four times the current capacity of all coal-fired plants in the United States.

Burning petrol and diesel for transport also releases huge amounts of carbon dioxide into the atmosphere. About 2.3kg of CO2 is released when a litre of petrol is burned and about 2.7kg for each litre of diesel.

Unfortunately, from a climate change point of view, there are enough reserves of coal to last for hundreds of years. However it is believed we have reached, or are near, peak oil production at which point the amount of oil produced will decline as reserves become depleted. Read more about Peak Oil»

Land use and soil

Land use and land management practices have a major impact on natural resources including water, soil, nutrients, plants and animals. Land use information can be used to develop solutions for natural resource management issues such as salinity and water quality. For instance, water bodies in a region that has been deforested or having erosion will have different water quality than those in areas that are forested.

Two of the biggest issues relating to land-use are:

Soil contamination is the human-induced deposition of harmful substances which are not a product of natural accumulation or soil formation. Many human activities, ranging from mining activities, industrial and agricultural production to road transport, result in pollution that can accumulate in the soil or result in biological and chemical reactions in the soil.

Soil erosion is the removal of soil by wind and water. This natural process is intensified by human activities, such as deforestation for agricultural purposes, changes in hydrological conditions, overgrazing and other inappropriate agricultural activities. Erosion can lead to soil degradation and eventually complete destruction.

Land use for agriculture

Agriculture uses soils and water as a resource for food production, and at the same time impacts on these resources. The extent and causes of the environmental impacts of agriculture, notably by farm and crop type, vary significantly. Nevertheless, the continuing search for efficiency, lower costs and increased scale of production is resulting in substantial pressures on the environment, landscapes and biodiversity, particularly in the most intensively farmed areas. At the same time, agriculture remains essential to the maintenance of many cultural landscapes.

Agricultural production throughout New Zealand continues to rely on non-farm resources such as inorganic fertilisers and pesticides. However, there has been a decline in the use of these resources and, particularly in eastern Europe, a reduction in the pressure on the environment.

In terms of resource conservation, the most important impacts of arable and livestock production are those relating to soil erosion and nutrient leaching, respectively. Soil erosion increases with the share of arable land of total land use, mitigated by physical background factors (slope, soil type, rainfall patterns) and farming practices.

Nutrient leaching is caused where the application of livestock manure and mineral fertilisers exceeds the nutrient demand of crops.

While agriculture can exert significant pressure on the environment, it is itself subject to negative environmental impacts linked to air pollution and urban development.

The term “minerals” refers to a variety of materials found in the earth. It includes metals such as iron, copper, and gold; industrial minerals, like lime and gypsum; construction materials such as sand and stone; and fuels, such as coal and uranium.

Mining by definition is an extractive industry, often with huge environmental and social impacts that persist long after the mine has closed. For example acid drainage (where sulphuric acid is created from rain falling on exposed tailings) is an especially long-lived problem.

The fact is that modern society is totally dependent on the products of mining–from cellphones, to ipods, to plows, cars and even roads. The challenge is further complicated given that many mining areas overlap with ancestral domains, forests and biodiversity-rich habitats.

In 2000, mines around the world extracted some 900 million tons of metal—and left behind some 6 billion tons of waste ore. This figure does not include the overburden earth moved to reach the ores. There is no reliable way to dispose of billions of tons of materials discreetly. Catastrophic spills of mine wastes in recent years have resulted in enormous fish kills, soil and water pollution, and damage to human health.

Hundreds of thousands of people have been uprooted in order to make way for mine projects. Many others have had to forsake traditional occupations and endure the effects of living beside a mine that poisons their water supplies or near a smelter that pollutes the air they breathe.

Each year 14,000 mine workers are killed at accidents on the job, and many more are exposed to chemicals or particulates that increase their risks of respiratory disorders and certain kinds of cancers.

Mining is highly inefficient. Based on figures from the late 1990s mining consumed close to 10% of world energy, it is responsible for 13% of sulphur dioxide emissions and it is estimated that it threatens nearly 40% of the world’s undeveloped tracts of forest. Yet it directly accounts for 0.5% of employment and 0.9% of GDP. 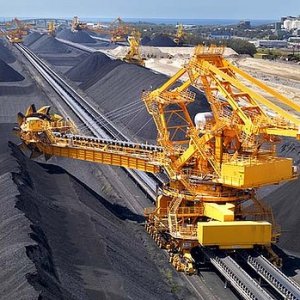