We pay the doctor to make us better when we should really be paying the organic farmer to keep us healthy.

The benefits of organic farming

There are significant benefits to the environment of organic farming and therefore for people to choose organic food:

Organic farming is a long-term, sustainable approach to food production. Organic farming takes a proactive, preventative approach instead of dealing with problems after they emerge which can be too late.

Practices that build up the soil such as crop rotation, inter-cropping, cover cropping, symbiotic planting, organic fertilisers and minimum tillage are central to organic practices. These all support and encourage healthy soil fauna and flora, improving soil formation and structure and creating a more balanced and stable soil ecosystem. Nutrient and energy cycling will increase and the retentive ability of the soil for nutrients and water are improved, which compensates for the non-use of mineral fertilisers. These soil management techniques are also important for mitigating soil erosion. The export of nutrients in crops can be compensated by on-farm renewable resources (e.g. compost, animal manure, green manure) but it is sometimes necessary to add minerals such as potassium, phosphate, calcium, magnesium and trace elements from external sources.

In many agriculture areas, pollution of groundwater with synthetic fertilisers and pesticides is a significant problem. The use of these types of inputs are prohibited in organic farming. They are replaced by organic fertilisers and through greater biodiversity (in terms of crops cultivated), enhancing soil structure and water infiltration. Well managed organic systems with better nutrient retentive abilities, greatly reduce the risk of groundwater pollution.

Organic farming can help mitigate greenhouse gas emissions through its ability to store (sequester) carbon in the soil. Organic agriculture reduces non-renewable energy use by decreasing agrochemical needs. The production of synthetic agrochemicals requires large quantities of energy from fossil fuels. Many management practices used by organic agriculture (e.g. minimum tillage (which reduces soil oxidation), returning crop residues to the soil, the use of cover crops and rotations, and the greater integration of nitrogen-fixing legumes), increase the return of carbon to the soil, raising productivity and increasing carbon sequestration. A number of studies report that soil organic carbon contents under organic farming are considerably higher. The more organic carbon is retained in the soil the better.

“A mere 2 percent increase in the carbon content of the planet’s soils could offset 100 percent of all greenhouse gas emissions going into the atmosphere.”

Organic farmers are simultaneously guardians and users of biodiversity. Traditional as well as adapted breeds are preferred for their greater resistance to disease and their resilience to climatic conditions. Diverse combinations of plants and animals are optimal for nutrient and energy cycling. The maintenance of natural areas within and around organic farms and the absence of chemical inputs create suitable habitats for recolonising species.

The intentional use of GMOs within organic systems is not permitted during any stage of organic food production, processing or handling. Since the impact of GMOs to the well-being of people and the environment is not known, organic agriculture is taking the precautionary approach and choosing to encourage natural biodiversity.

The impact of organic agriculture on natural resources favours interactions within the agro-ecosystem that are vital for both agricultural production and nature conservation. Ecological services derived include soil forming and conditioning, soil stabilisation, waste recycling, carbon sequestration, nutrients cycling, predation, pollination and habitats.

The four principles of organic agriculture are as follows:

The Principle of Health – Organic agriculture should sustain and enhance the health of soil, plant, animal and human as one and indivisible.

The Principle of Ecology – Organic agriculture should be based on living ecological systems and cycles, work with them, emulate them and help sustain them.

The Principle of Fairness – Organic agriculture should build on relationships that ensure fairness with regard to the common environment and life opportunities.

Organic farming involves the production of food with little or no synthetic inputs such as chemical fertilisers, pesticides and herbicides. Instead, organic farmers rely on natural alternatives such as building and maintaining soil fertility through use of animal manure, compost, crop rotation and biological pest control. Furthermore, genetically modified organisms, which are seen as an unpredictable and potentially unsafe technology, are not used in organic farming.

Both the export market and the New Zealand domestic market for organic products are growing dramatically. There is a growing group of consumers who purchase their food on the basis of health, nutrition, and taste regardless of price. Demand in European and Japanese markets currently far exceeds New Zealand’s ability to supply. Organic food has moved out of specialist shops and into the mainstream. European, American and Japanese supermarkets have created sales sections dedicated to organic food only.

Therefore there is an opportunity for New Zealand, with an export trade based on primary products, to grow its organic food production to meet growing global demand. Futhermore, the production of organic food is consistent with the need for New Zealand to produce high value agricultural products. New Zealand’s small growing area (compared to Australia, Argentina and other major primary producers) and distance from markets means it can send only comparatively small quantities of produce to world markets. Therefore it is essential that its agricultural products are aimed at the top end of the market and fetch top prices.

An Organic Advisory Service has been created in New Zealand. This initiative is aimed at encouraging several hundred farmers to convert to organics every year by providing them with advice and assistance. The programme is administered by Organic Aotearoa New Zealand. See: http://www.oanz.org.nz/ 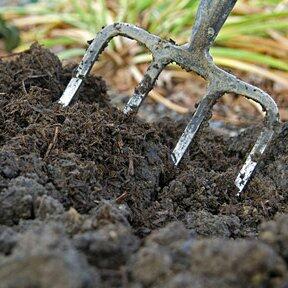