It is not just how you heat your house that matters but also how you manage the heat. Good insulation is very important but there are a number of other simple strategies that will help make the most of the heat in your house, many of them are common sense but there may be some you haven’t thought about.

Draughts waste 6-9% of home energy use. Start simple and adopt the old draught snake. Place a rolled bath towel or custom-made “snake” across the bottom of leaky doors and windows.

It pays to seal up gaps with sealer and weatherstripping. Take a close look at places where two different building materials meet, such as corners, around chimneys, where pipes or wires exit and along the foundation. Use the incense test: carefully (avoiding drapes and other flammables) move a lit stick along walls; where the smoke wavers, you have air sneaking in.

Most people think of fans only when they want to be cool, but many ceiling units come with a handy switch that reverses the direction of the blades. Counterclockwise rotation produces cooling breezes while switching to clockwise makes it seem warmer by making an updraft that sends the warmer air pooled near the ceiling back into the living space. This can cut your heating costs as much as 10 percent.

It’s easy to forget to turn down the heat when you leave the house but doing so is one of the surest ways to save money. Make it easier with a programmable thermostat.

Turn the bathroom fan off

A bathroom or kitchen fan can suck all of the heat out of an average house in about an hour.

Only heat the rooms you spend time in

Close internal doors to rooms that you don’t use.

Heat escapes when you go outside

So…don’t go outside! Just joking! Perhaps you could go out less often if you think about what needs to done and plan trips and chores better.

Put up the plastic

For just a few dollars get a window insulation kit. Don’t worry — properly installed, window plastic is essentially invisible. Adding a buffer against drafts and extra still air space can give a nice boost to your home’s ability to hold heat. Save even more by hiring a pro to install a high-tech “low-e” film directly to the window glass.

Use an energy monitor or smart meter

Measure your way to savings with an energy monitor. Such a device indicates household electrical usage in real time and projects your monthly bill. Research has found that such info leads consumers to reduce their electricity consumption significantly. By seeing exactly how much each appliance or activity costs, you’ll start seeing easy ways to cut waste.

Put on a jersey

Roughly speaking, a light long-sleeved jersey is worth about a degree in added warmth, while a heavy jersey adds about 2 degrees.

Let the sun shine in

Finally, don’t dismiss the power of sunlight in heating the home. Open blinds and curtains on the sunny side of the house during the day. Make sure your windows are clean and clear them of overhanging branches. 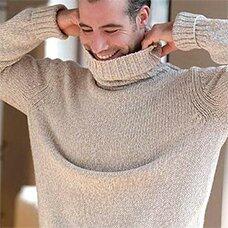 Put on a jersey