Put simply, food miles are the measure of the distance a food travels from field to plate. Agriculture and food production and distribution now account for nearly 30 per cent of goods transported on our roads.

Distribution of goods is directly related to our patterns of consumption. As consumption increases there is a proportional increase in the transport of goods and therefore an increase in greenhouse gas emissions. There is information about reducing consumption here.

Put simply, food miles are the measure of the distance a food travels from field to plate. Agriculture and food production and distribution now account for nearly 30 per cent of goods transported on our roads.

This travel adds substantially to the carbon dioxide emissions that are contributing to climate change – which is why food miles matter.

Food travels further these days partly because the centralised systems of supermarkets have taken over from local and regional markets. It defies common sense, but a pint of milk or a crop of potatoes can be transported hundreds miles to be packaged at a central depot and then sent hundreds of miles back to be sold near where they were produced in the first place.

Also, because of the way the food processing industry works, ingredients travel around the country from factory to factory, before they make their way to the shops.

Then there’s imported produce. To take one example, strawberries are flown in from warmer climates to satisfy our desire for permanent dietary summertime, and air-freight has a far bigger impact on the environment than sea or road travel has. Having said this much, much more food is transported by road than by air.

Another reason for mounting food miles is comparative labour costs. For example, some British fish is now sent to China (where labour costs are much lower) for processing, then sent back to the UK to be sold.

Consumers are also directly responsible for increased food miles. On average, people now travel further for their shopping and use the car more often to do it. One solution is to do all your shopping for the week at once rather than in several trips. 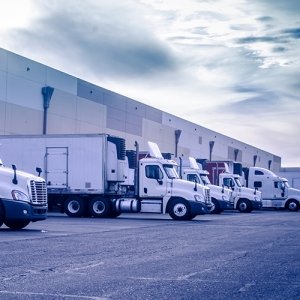