E.F. (Fritz) Schumacher (1911-1977) was a German-born British economist, writer and social commentator. He is best known for his critique of Western economies and his proposals for human-scale technologies, decentralisation of production, cooperative ownership and conservation of natural capital.

His ideas have influenced many people including those in the areas of new economics, sustainability and human scale.

Fritz Schumacher was the chief economist at Britain’s national coal board, and one of the first people to highlight resource depletion as a threat to industrialisation. He also criticised the need for continual economic growth and instead proposed new economic thinking focused on human well-being.

Schumacher wrote on economics for London’s The Times and became one of the paper’s chief editorial writers.

In his spare time he wrote two books, Small is Beautiful and A Guide for the Perplexed, founded the charity Practical Action and served as director of the Soil Association amongst other things.

The title of his best know book Small Is Beautiful: A Study of Economics As If People Mattered sums up Schumacher’s stance. He believed that economics has become abstract and misses it’s essential purpose because it is not human – it separates people from their economic foundations through distance (centralisation and globalisation), industrial scale (what Schumacher called Gigantism), growth (expansionism), automation and faceless business ownership. On the contrary Schumacher proposed that our economic foundations should be based on smaller human scale, local needs and resources, appropriate technology, human and environmental well-being (not growth), and local cooperative ownership of businesses.

From Small is Beautiful:

“Ever bigger machines, entailing ever bigger concentrations of economic power and exerting ever greater violence against the environment, do not represent progress: they are a denial of wisdom. Wisdom demands a new orientation of science and technology towards the organic, the gentle, the non-violent, the elegant and beautiful.” 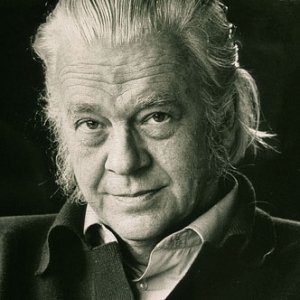