We abuse land because we regard it as a commodity belonging to us. When we see land as a community to which we belong, we may begin to use it with love and respect.

We have an economy that tells us it is cheaper to destroy earth in real time rather than renew, restore, and sustain it. You can print money to bail out a bank but you can’t print life to bail out a planet

Decoupling the economy
from nature

Some optimistic economists suggest that it is possible to decouple economic growth from the use of natural resources. This would be more magical than alchemy if people could make something out of nothing. Economists use the finance industry and the burgeoning of online services as examples of how the whole economy is decoupling from physical reality. However, the global financial crisis of 2008 should deter any such thinking. The problem then, and now, is that the economy is too decoupled from physical reality and when push comes to shove and everyone wants to ‘cash up’ there will be serious losses. The people who are hurt the most in these situations are the people who can’t afford to lose anything at all, namely the poor.

Even creating super-efficiencies is not enough to completely decouple the economy from natural resources, or anywhere near it, if the economy keeps growing. For example, dramatic increases in energy efficiency over the past thirty years have been far outweighed by the even more dramatic, compounding economic growth.

There are types of consumption like creative consumption and social consumption that use much less resources and should therefore should be used to displace more harmful forms of consumption. However, our basic material needs – food, water, clothes, shelter and energy – are all sourced from the environment and there is no way to decouple them. 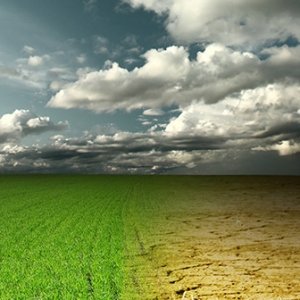