The benefits of round houses

In the past, round houses were much more common. Traditional circular shelters include igloos, tipis, African mud brick huts, yurts and British and European roundhouses. They were the shape of choice because they were strong, energy efficient, good for ventilation and air circulation, less vulnerable in strong winds and they used the least amount of materials relative to floor area.

Round houses have many benefits:

When it comes to house design, the fundamental rule is that a simple shape is much more sustainable than a complex shape. Of any shape, the circle has the shortest boundary relative to its area. This means that for any given floor area a circular house has less wall length and therefore less materials. The next most efficient space is a square followed by a rectangle.

Since round houses have less surface area, relative to floor space, there is less surface coming into contact with the weather outside. Therefore, it takes less energy to maintain their interiors to comfortable temperatures.

In a round house there are dozens of interconnected points which give the building a unique combination of flexibility and strength – qualities which make them significantly safer in earthquakes.

The aerodynamic properties also make round houses more resistant to hurricane-level winds (and tsunamis for that matter). These same winds, though, beat strongly against the face of traditional homes, eventually destroying these residences if the winds are strong enough. Round houses are a good alternative in areas prone to gale-force winds and hurricanes. A rounded roof is less affected by wind planing which is when a strong wind lifts the roof structure up – and sometimes off the house.

Round houses can cost significantly less to construct. Traditional houses, with their multiple surfaces, are complicated structures. Round houses, though, are relatively simple, they use less materials and take less time to build. They use 15 to 20% less mate­r­ials per square metre (or square foot) than a rec­tan­gu­lar design! Less surface area means they are also less costly to maintain over time.

You can learn how to make an earth-bag roundhouse for only $5,000 here:

Sounds are softer inside the house mak­ing it ideal for rest and reflec­tion, but also for social­ising and playing music. The shape also resists noise pen­e­trat­ing from the out­side. Sound waves dis­si­pate as they wrap around the build­ing, shield­ing the interior from loud noise out­side.

David Raitt, yurt builder, said “Circular living provides a balance of looking inward and outward, looking out at the natural environment and surroundings but then coming in again to the self and the hearth.” 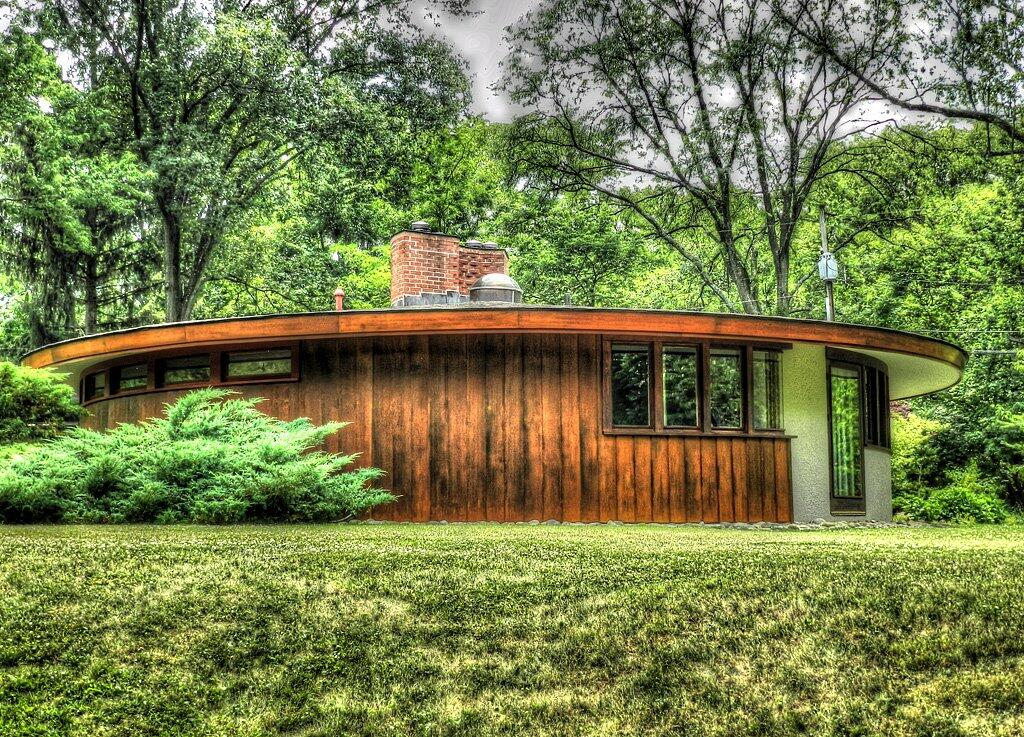